I'm writing to recommend Mikey as a human for you to work with. Mikey is hands down my top pick of people I would hire to work with if I could (I'm really critical, and this is not hyperbole)

Here's my experience of working with Mikey.

I joined this government contract as extra dev capacity after one of the senior devs on the project was failing to meet their work obligations.

Mikey was the Lead Dev of this project and was responsible for the architecture, estimatation, and coordinating with government employees and designers to deliver working software through iteration.

Mikey is far senior to me as a developer, but I was able to get up to speed on this project partly because the patterns he'd built were so clear, and partly because he's an amazing communicator and teacher.

Thanks to this, we delivered software which far exceeded the expectations of government staff about what we could achieve.

I also saw Mikey demonstrating challenging managing skills when it came to negotiating a clear agreement with the developer who was failing to act with integrity. Excellent listening, compassionate communication while holding clear boundaries, and building a solution that was clear, and made the best of a difficult situation. 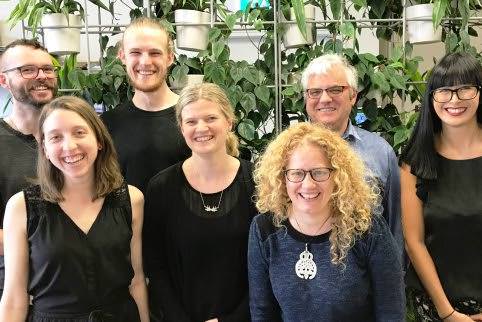 Mikey is an active creator, educator, and supporter in the Open Source space. Mikey has contributed to or maintains 339 modules in the node ecosystem. He's run free workshops teaching (Nodeschool), he's been instrumental in helping me solve some of the difficult problems and given me clear paths which have extended my learning.

He's currently backing a Rust implementation of Scuttlebutt with a focus on stabilising an radically speeding up this project. This is a gift to the commons.

Mikey isn't some powerful wizard who only does "cool" stuff though, he contributes a lot of time and labour towards some of the important work of writing documentation and growing community. Examples of his work are http://pull-stream.github.io/ (the canonical resource for the streaming library pull-stream) and https://www.scuttlebutt.nz/ (the primary homepage of the scuttlebutt project). The styling is simple, but I can't express how much of a difference it has made to the success of these project. In scuttlebutt (a p2p social network and more), Mikey is always there to welcome new people, and to help connect them with resources that they're looking for. This is subtle, but the cummulative effect has been profound. All of this takes care, attention, and generosity. These aren't always traits you find in a programmer who's so technically talented.

Mikey's social graph in the scuttleverse (from 2017)

I'm an owner of a small tech coop called Protozoa. We started partly with the support and guidance of Mikey. He has mentored us, and has helped us secure work.

Mentoring has looked like checking in with us about our strategy and challenging us to step outside our comfort zone. It's also looked like sharing experience he's had from running his own tech coop - through their open handbook, as well as making clear and available their financial models, and some of the pitfalls and challenging conversations.

I've worked alongside Mikey in other social enterprises in the past - a tech collective in Enspiral called "Craftworks", and a collaborative R+D funding project called Cobudget (most of this is Mikey's work).

Mikey is highly driven and has a new project he's working on in his spare time which means to address growing communities and sharing resources.

This is currently hosted from the Enspiral Dev Academy space (though perhaps Ackama might like to host it in the future?). It's an open welcoming enviroment for people interested in learning and playing. It's about technology, art, sharing and celebrating wins.

Those of you who worked in the Courtney Place Rabid office may remember the beginnings of this as an event in the Board Room. Since then it's growing from 2-3 people to a regular 10-15 people (with a rolling cast), and a 6 monthly Art Exhibition. There's often live music, and we've hosted people from ages 15-50, built a lot of open source, and welcomed other international hackers (who came to the event because of it's reputation).

Mikey's role in this has been gracious and dedicated host. He also builds amazing things with electronics, is pretty good on a synth, and boy can he dance.